Top 5 Must See Attractions in Vietnam 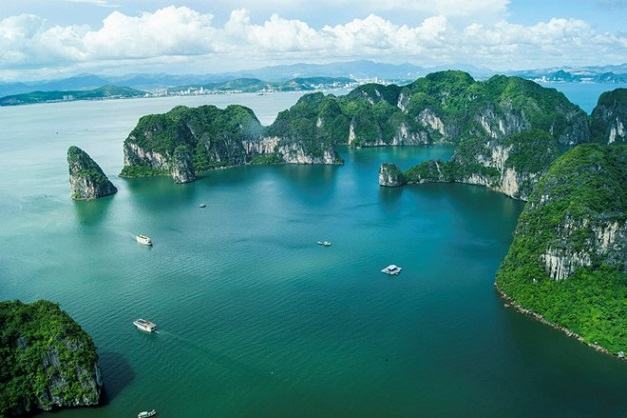 This beautiful natural wonder, which is dotted with about 1,600 limestone islands, is what makes Vietnam very popular to tourists. Declared as a UNESCO World Heritage Site in 1994, it was also included in the Seven Wonders of Nature. The stunning bay is nestled in the northern part of Vietnam, which is very near the Chinese Border. Tourists who had been there describe Vietnam’s major attraction as picturesque, stunning, and surreal. Halong Bay, which boast a wide range of biodiversity, has been featured in several movies both local and in the international scene.
​
How to get there:
Halong Bay is about 170km from Hanoi. The best way to get there is by bus, minibus, or by renting a car. A helicopter transfer is also available and this can get you from Hanoi to Halong bay in one hour. This town, which is another UNESCO World Heritage site, is an outstanding, completely well preserved trading port from 15th-19th century. Each building you’ll see in this town together with its street plan, reflects foreign as well as indigenous influences. It is the only one town in the country that has been completely preserved. The town, which features a perfect blend of different cultures, boasts traditional architecture, which includes pagoda, religious buildings, meeting houses, and temples. The town is also the place where annual festivals are held where tourists can experience the country’s religion, traditional lifestyle, cooking, and customs.

How to get there:
From Danang Airport (this has domestic connections from Hue, Ho Chi Minh City, and Hanoi), take a taxi with meter and this will cost you about $22. You also have the option to take the air-conditioned minibus that cost about $5/person. However, there are no minibuses in the airport and you can find them in the city, which is about 45 minutes ride from the airport. 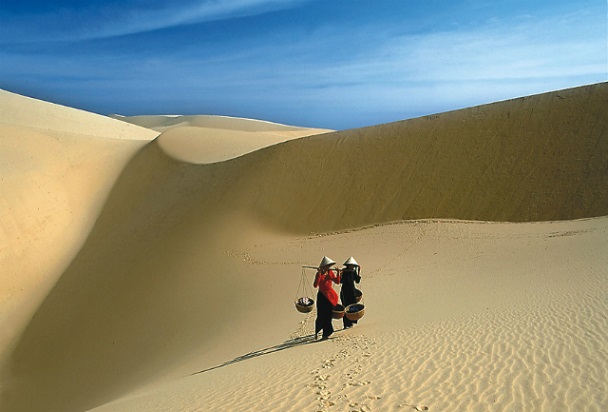 If you would like to experience Saharan-like red and white sand dunes while in Vietnam, this is the place to go. The Sand Dunes of Mui Ne, which are extremely popular among photographers, can be found near Mui Ne’s incredible beaches. Activities that you can do here include sliding on sand dunes using plastic sleds that you can rent in the area, kite flying, as well as having a nice picnic while having the incredible sunset as your backdrop.

How to get there:
Catch open tour buses plying the route of Nha Trang and Ho Chi Minh City, which depart between 7:30am and 9:00pm or board a train that runs daily from HCMC to Phan Thiet. If you’re coming from Saigon, you have the option of renting a taxi to Mui Ne. Meanwhile, you can rent motorbike to get around town. 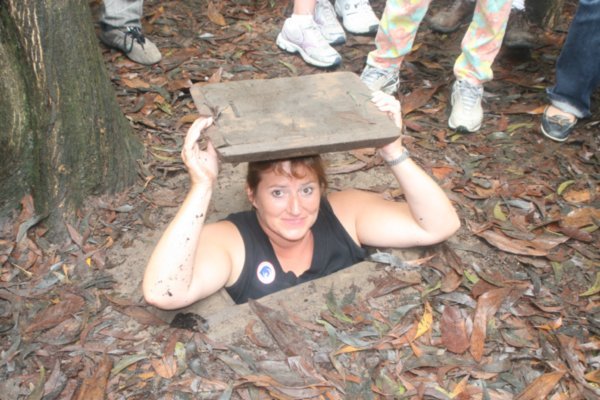 Vietnam’s history is one of rebellion, colonization, and war. And although the country is now way past those stages, there are remnants that tourists can explore to get a sneak peak of the country’s war history. One of them is Cu Chi Tunnels in Ho Chi Minh, which is a huge war museum where tourists get to experience what life was like for Viet Cong-era soldiers. The tunnel served as hiding spots for Viet Cong soldiers during combat.
This attraction is one of the most popular among foreigners. Before you explore the tunnels, which were beautifully preserved by Vietnam government, you’ll watch a short movie explaining how Cu Chi Tunnels system actually work. Tourists are often invited to crawl around the area, which is now turned, into a war memorial park. Inside, you’ll find underground conference rooms and you may even enjoy a simple meal where fighters used to eat.

How to get there:
Hire a taxi in HCMC or catch a bus going to Tay Ninh. If you choose the second option, you’ll need to hire a motorbike from Tay Ninh to Cu Chi town for about $6. 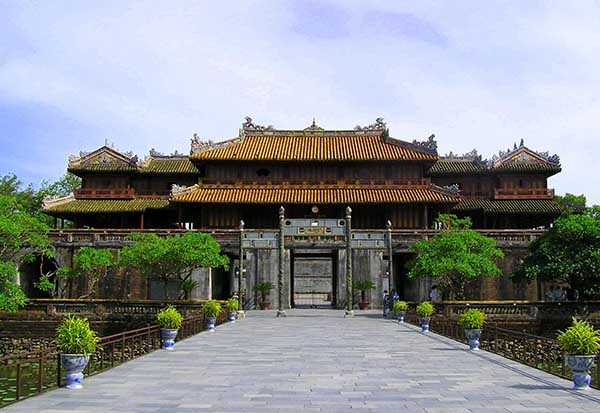 Hue’s Imperial City, which is yet another UNESCO heritage site, is a walled palace and fortress towering by the Perfume River. It was built to protect the royal family of Vietnam’s Nguyen Dynasty. Although most part of it was destroyed during Vietnam War, large parts of Hue Imperial city are still impressive. The magnificent monument is a combination of Chinese geomancy and military principle concepts. Between towering walls, once can find precious palaces, stunning temples, moats, and ramparts.

How to get there:
Catch a train from Ho Chi Minh City, Danang, or Hanoi. You can also take the bus from Saigon and Hanoi.