Kiteboard Tour Asia to be held in Ninh Thuan

The central coastal province of Ninh Thuan is making preparations for the Kiteboard Tour Asia 2016 which will be organised at Ninh Chu Bay from February 24-28 next year. 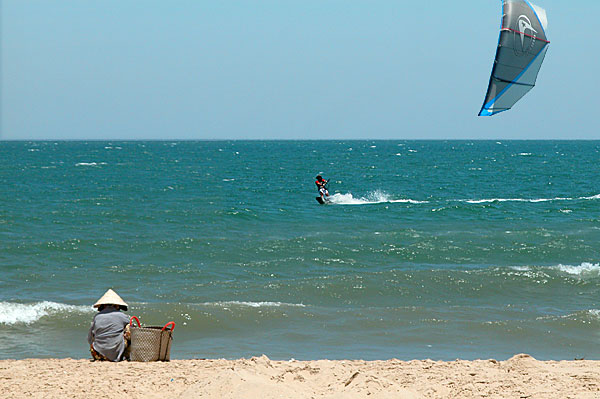 According to the provincial Department of Culture, Sport and Tourism, the event will see the participation of about 100 kite surfers from 40 countries and territories worldwide.
The competition in Ninh Thuan will be the first in a series of contests in the tournament, with the second one to be held in Pranburi in Thailand in the second half of March 2016 and the last slated for China’s Hainan in April 2016.
The competition is expected to be a good chance for Viet Nam to increase international exchanges in sea sports, and promote the development of marine sports and tourism in Ninh Thuan.
Mark Gwyther, general director of Ninh Chu Bay Resort where the competition is to take place, said that the event is an important step of a plan to make Ninh Thuan a capital of wind sports in Viet Nam.