Sixty kilometres southwest of Hanoi the Red River Delta ends abruptly where steep-sided limestone hills rise from the paddy fields. The most easterly of these forested spurs shelters north Vietnam’s most famous pilgrimage site, the Perfume Pagoda, Chua Huong, hidden in the folds of Ha Tay Province’s Mountain of the Perfumed Traces, and said to be named after spring blossoms that scent the air.
The Perfume Pagoda, one of more than thirty peppering these hills, occupies a spectacular grotto over 50m high. The start of the journey is an hour’s ride by row-boat up a silent, flooded valley among karst hills where fishermen and farmers work their inundated fields. From where the boat drops you (memorize your boat’s number as there are hundreds of identical craft here), a stone-flagged path shaded by gnarled frangipani trees brings you to the seventeenth-century Chua Thien Chu. 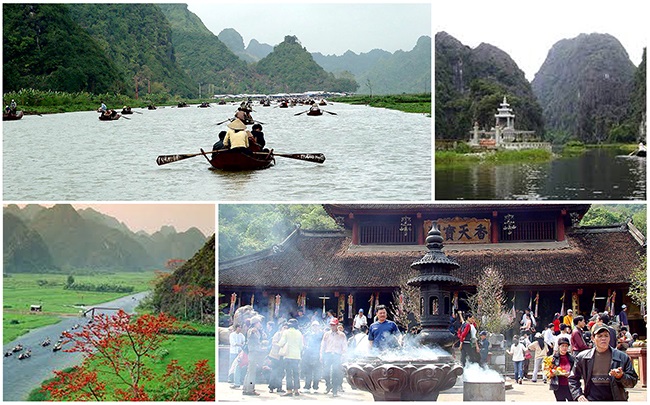 Note that respectful attire – meaning long trousers, skirts below the knee and no sleeveless tops – should be worn for this trip; nobody will berate you for not doing so, but you might be the subject of unflattering comments. A hat or umbrella is also a help, as the boats have no shelter.
CHUA THIEN CHU
A magnificent, triple-roofed bell pavilion stands in front of the Chua Thien Chu, (“Pagoda Leading to Heaven”). Quan Am, Goddess of Mercy, takes pride of place on the pagoda’s main altar; the original bronze effigy was stolen by Tay Son rebels in the 1770s and some say they melted it down for cannonballs 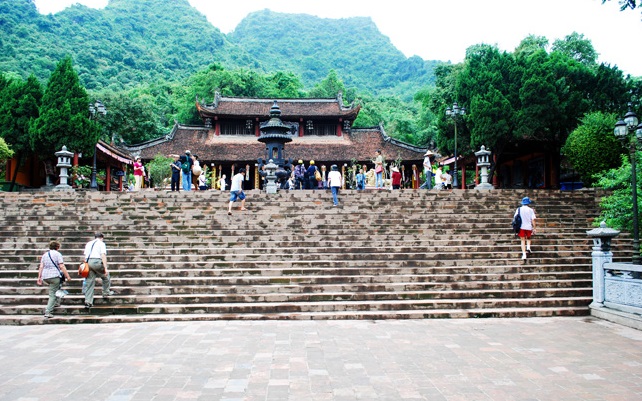 PATH TO THE PERFUME PAGODA
To the right of the Chua Thien Chu as you face it, a path leads steeply uphill for two kilometres (about 1hr) to the Perfume Pagoda, also dedicated to Quan Am. It is a hot and not particularly interesting walk up the mountain or a quick but expensive ride on the cable car.
Note that the hike is hard going and can be highly treacherous on the descent during wet weather; you’ll need good walking shoes and remember to drink plenty of water, especially in the hot summer months. It’s a good idea to bring your own, or be prepared to pay above the odds at drinks stalls along the route. During festival time, the path is lined all the way with stalls selling tacky souvenirs and refreshments, giving the place more of a commercial than spiritual atmosphere. 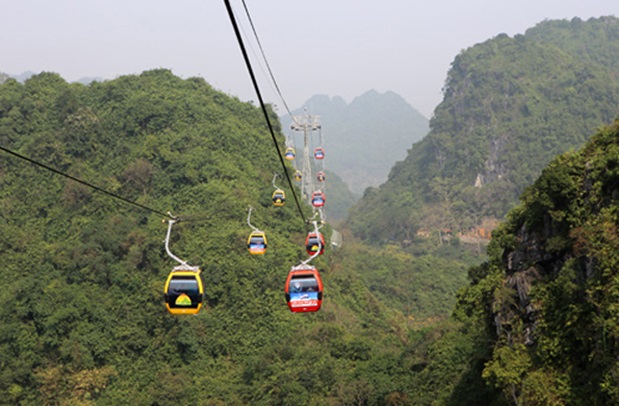 THE GROTTO
The grotto reveals itself as a gaping cavern on the side of a deep depression filled with vines and trees reaching for light beneath the inscription “supreme cave under the southern sky”. A flight of 120 steps descends into the dragon’s-mouth-like entrance where gilded Buddhas emerge from dark recesses wreathed in clouds of incense that is lit as an offering by Vietnamese visitors. 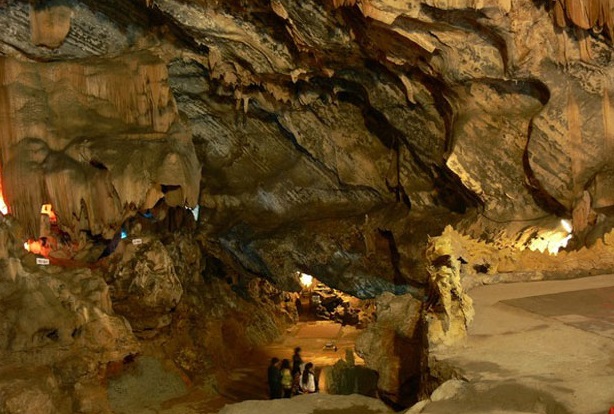