5 Best place for trekking in Vietnam

Vietnam offers excellent trekking and less strenuous walks. The scenery is often remarkable – think plunging highland valleys, tiers of rice paddies and soaring limestone mountains. Anything is possible, from half-day hikes to assaults on the lofty Fansipan, Vietnam’s highest mountain. Even if you’re somewhere like An Bang Beach near Hoi An, you can stroll along the sands for an hour or two and experience a near-pristine coastal environment. Generally northern Vietnam is your best hiking bet: its dramatic mountain paths and fascinating minority culture are a huge draw. Elsewhere, national parks and nature reserves have established trails (and usually guides available to keep you on them).

Sleepy Bac Ha wakes up for the riot of colour and commerce that is its Sunday market, when the lanes fill to choking point and villagers flock in from the hills and valleys. Once the barter, buy and sell is done and the day-tripper tourist buses from Sapa have left, the town rolls over and goes back to bed for the rest of the week. 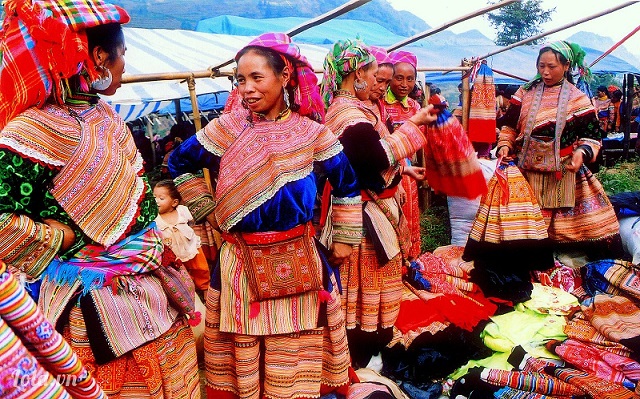 Despite being surrounded by countryside just as lush and interesting as Sapa, Bac Ha has somehow flown under the radar as a trekking base so far. In town, woodsmoke fills the morning air, the main street is completely bereft of hawkers, and chickens and pigs snuffle for scraps in the back lanes where a small clutch of traditional adobe houses valiantly clings on in the age of concrete.

Just out of town, trails meander through swooping verdant valleys with their hill-slope rice terraces, connecting the tiny villages of 11 hill-tribe groups. The colourful Flower Hmong are the most visible, but other ethnic minorities in the area include Dzao, Giay (Nhang), Han (Hoa), Xa Fang, Lachi, Nung, Phula, Tay, Thai and Thulao.

If you're not worried about a lack of in-town amenities, and are turned off by Sapa's hustle, Bac Ha may just tick your boxes as an alternative base from where to launch yourself out on highland hikes.

Set in an idyllic valley, hemmed in by hills, the Mai Chau area is a world away from Hanoi's hustle. The small town of Mai Chau itself is unappealing, but just outside the patchwork of rice fields rolls out, speckled by tiny Thai villages where visitors doss down for the night in traditional stilt houses and wake up to a rural soundtrack defined by gurgling irrigation streams and birdsong. 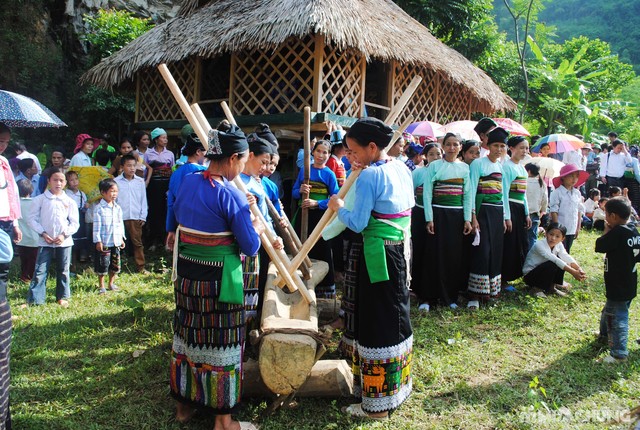 The villagers are mostly White Thai, distantly related to tribes in Thailand, Laos and China. Most no longer wear traditional dress, but the Thai women are masterful weavers producing plenty of traditional-style textiles. Locals do not employ strong-arm sales tactics here: polite bargaining is the norm.

Mai Chau is a successful grassroots tourism project and the village homestays here are firmly stamped on the tour-group agenda, as well as being an extremely popular weekend getaway for locals from Hanoi – try to come midweek if possible. Due to its popularity, some find the experience too sanitised. If you’re looking for hard-core exploration, this is not the place, but for biking, hiking and relaxation, Mai Chau fits the bill nicely.

Often referred to as the Ba Be Lake, Ba Be National Park was established in 1992 as Vietnam’s eighth national park. The scenery here swoops from towering limestone mountains peaking at 1554m down into plunging valleys wrapped in dense evergreen forests, speckled with waterfalls and caves, with the lakes themselves dominating the very heart of the park. 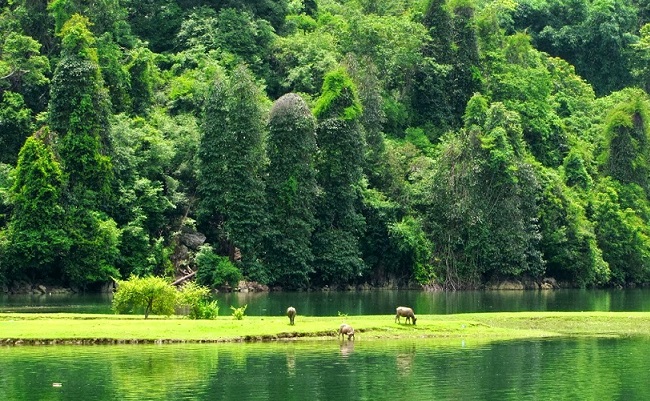 The park is a rainforest area with more than 550 named plant species, and the government subsidises the villagers not to cut down the trees. The hundreds of wildlife species here include 65 (mostly rarely seen) mammals, 353 butterflies, 106 species of fish, four kinds of turtle, the highly endangered Vietnamese salamander and even the Burmese python. Ba Be birdlife is equally prolific, with 233 species recorded, including the spectacular crested serpent eagle and the oriental honey buzzard. Hunting is forbidden, but villagers are permitted to fish.

The region is home to 13 tribal villages, most belonging to the Tay minority plus smaller numbers of Dzao and H'mong.

The park entrance fee is payable at a checkpoint on the road into the park, about 15km before the park headquarters, just beyond the town of Cho Ra.

A hill resort inherited from the French, lush Ba Na has refreshingly cool weather and gorgeous countryside views. Established in 1919, the resort area once held 200-odd villas, but only a few ruins remain. 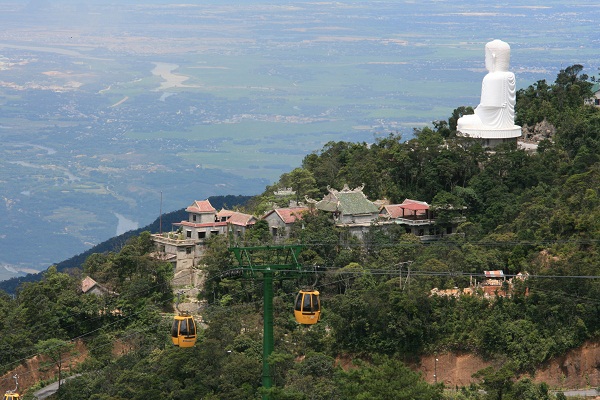 Until WWII, the French were carried up the last 20km of rough mountain road by sedan chair, but now a 5.7km (the world’s longest) cable car system has opened up access. The ride involves a rise of almost 1400m, a truly spectacular trip over dense jungle and waterfalls. At the top, attractions include a replica French provincial town, a funicular railway ascending even higher, and an exciting and fun downhill luge. None of the attractions are vaguely Vietnamese, but the cable car journey is truly spectacular, and if you visit on a weekend or public holiday, it's interesting to mix in with local tourists.

Take an extra layer or two whatever time of year you visit – when it’s 36°C on the coast, it could be 15°C on the mountain. Cloud and mist also cling to the hill top, so if you can, try to visit on a clear day.

Mountain tracks lead to waterfalls and viewing points. Near the top is the Linh Ung Pagoda (2004) and a colossal 24m-high white seated Buddha that’s visible for miles around.

As all the hotels are poor value for money, it’s best to see Ba Na on a day trip. Cat Tien comprises an amazingly biodiverse area of lowland tropical rainforest. The 72,000-hectare park is one of the outstanding natural treasures in Vietnam, and the hiking, mountain biking and birdwatching here are the best in the south of the country. Always call ahead for reservations as the park can accommodate only a limited number of visitors. However, a word of caution: visitors have to be really lucky to see any of the larger mammals resident in the park, so don’t come expecting to encounter tigers and elephants.

Cat Tien was hit hard by defoliants during the American War, but the large old-growth trees survived and the smaller plants have recovered. In 2001 UNESCO added Cat Tien National Park to its list of biosphere reserves. As there are good overnight options, it’s worth spending at least two full days here, if possible.

Fauna in the park includes 100 types of mammal including the bison-like guar, 79 types of reptile, 41 amphibian species, plus an incredible array of insects, including 400 or so butterfly species. Of the 350-plus birds, rare species include the orange-necked partridge and Siamese fireback.