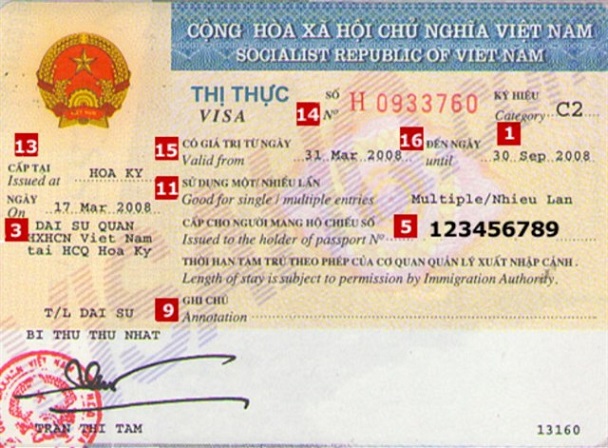 Vietnam will cut the standard visa fee for visitors from US$45 to $25 on November 23, a move that comes amid efforts to reverse a slump in foreign arrivals.

For a multi-entry visa valid for three months, the fee will be $50, down from the current $95, the finance ministry announced on its website on Tuesday.

Fees for visas with longer terms will range from $95 to $155 for validity of up to five years.

Tuoi Tre newspaper quoted an unnamed official from the ministry as saying that the new regulations are aimed at supporting tourism and bringing Vietnamese visa fees on par with other countries in the region.

Foreign arrivals to Vietnam reached only 626,000 in September, down 5.8 percent from August, official data showed.

Even though that was up 8.3 percent from September last year, the overall number for the first nine months dropped 5.9 percent, to nearly 5.7 million.

Tourism officials hope to attract 2.3 million foreign visitors in the last quarter with new promotional campaigns, saying the downward trend may have ended.