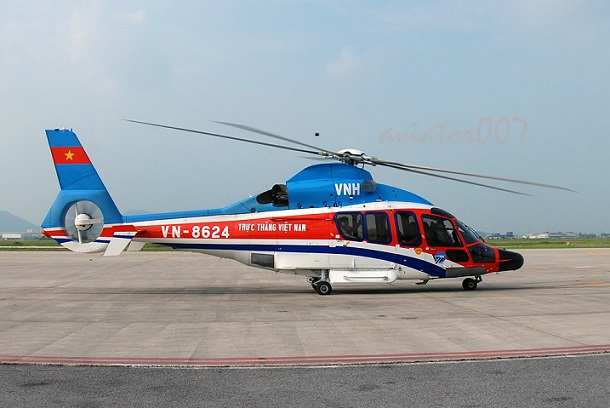 A newly launched helicopter taxi service in Hanoi charges $2,640 per hour of flying.

Instead of a tedious, hours-long trip from Hanoi to cool Sa Pa by car or train, tourists can now fly there by helicopter and return in just three and half hours, if they have US$2,640 per flying hour to spare.

A new air taxi service in the capital operated by KLF Global Company and state-owned Northern Vietnam Helicopter Company charges $9,240 for a round trip to the resort town.

Since the Airbus Helicopter can carry five to six passengers, it costs each $660-1,540 for the trips.
For other destinations, the charge is by the hour, with travel companies getting a 10 percent discount.

A spokesperson for the operators said the service targets foreigners and affluent Vietnamese.

He added that it was the first time helicopters were used in tourism in Vietnam, where their use has been limited to the oil and gas industry.