The tourist capital of Vietnam’s mountainous north, SA PA is perched dramatically on the western edge of a high plateau, facing the hazy blue peak of Fan Si Pan, and is surrounded by villages of ethnic minorities, particularly the Red Dao and Black Hmong. Its refreshing climate and almost alpine landscape struck a nostalgic chord with European visitors, who travelled up from Lao Cai by sedan chair in the early twentieth century, and by 1930 a flourishing hill station had developed, complete with tennis court, church and over two hundred villas. Nowadays only a handful of the old buildings remain, the rest lost to time and the 1979 Chinese invasion, as well as those involved in the current hotel development spree. Although height restrictions are finally being enforced on new buildings, the damage has already been done and Sa Pa’s days as an idyllic haven in the hills have been concreted over. However, what the modern town lacks in character is more than compensated for by its magnificent scenery, and it makes an ideal base for tours of the area’s varied collection of minority villages. 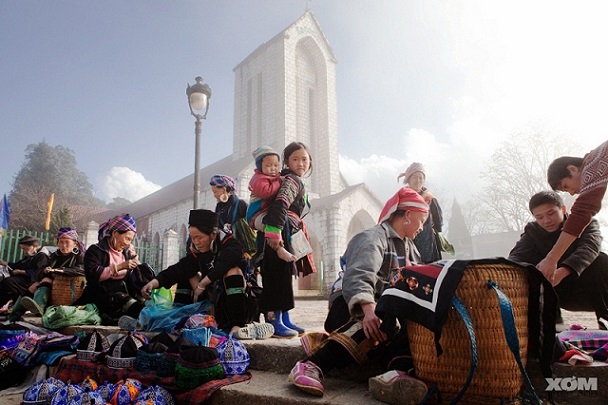 Sa Pa itself is ethnically Vietnamese, but its shops and market serve the minority villages for miles around. Every day is bright and lively in Sa Pa, with the women coming dressed in their finery – the most striking are the Red Dao, who wear scarlet headdresses festooned with woollen tassels and silver trinkets. Black Hmong are the most numerous group – over a third of the district’s population – and the most commercially minded, peddling their embroidered indigo-blue waistcoats, bags, hats and heavy, silver jewellery at all hours. In fact, young Hmong girls can often be seen walking hand in hand with Westerners they have befriended prior to making their sales pitch. By contrast, the Red Dao, another common group here, are generally shy about being photographed, despite their eye-catching dress. 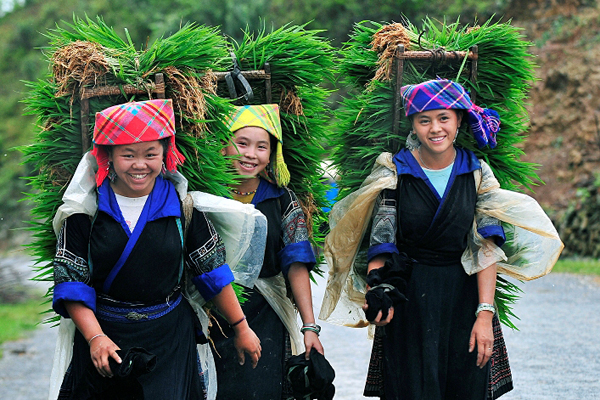 Sa Pa’s invigorating air is a real tonic after the dusty plains, but cold nights make warm clothes essential throughout the year: the sun sets early behind Fan Si Pan, and temperatures fall rapidly after dark. During the coldest months (Dec–Feb), night temperatures often drop below freezing and most winters bring some snow, so it’s worth finding a hotel room with heating. Often a thick fog straight out of a Sherlock Holmes novel can creep over the whole town, lending a spooky feel to the market. You’ll find the best weather from September to November and March to May, though even during these months cold, damp cloud can descend, blotting out the views for several days. 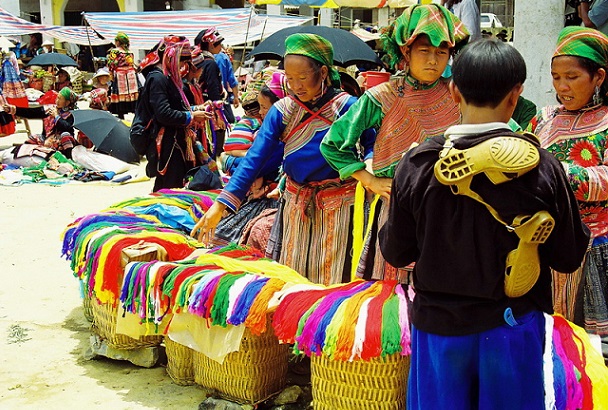 What initially attracted visitors to Sa Pa was the weekend market, which is when it’s at its busiest, though it’s now a bustling place on weekdays too. These days it’s housed in a concrete eyesore, a far cry from the original Saturday “love market” where the local ethnic minorities would come to court their sweethearts. Plenty of minority people still turn up to peddle ethnic-style bags and shirts to trekkers, though more authentic market fairs can be found on the other side of the Red River on Saturdays at Can Cau and on Sundays in Bac Ha.

This new museum features video presentations and wall displays informing visitors about Sa Pa’s history and the lifestyles of the local hilltribes, so it’s worth dropping in here when you first arrive to fill in the background. Other exhibits include a Hmong shaman’s altar and the social architecture of ethnic minority groups.