From Son La Highway 6 climbs east, passing YEN CHAU – a town famed for its fruit – and some very pretty Black Thai villages on the right after about 80km, particularly LA KEN, which can be visited by crossing swaying suspension bridges over the river. With your own transport, you could make a detour about 20km west over rolling hills to the Chi Day Cave, a popular pilgrimage site for Vietnamese; look for a right turn about 36km south of Son La. The main road from Son La climbs onto a thousand-metre-high plateau where the cool climate favours tea and coffee cultivation, mulberry to feed the voracious worms of Vietnam’s silk industry and herds of dairy cattle, initially imported from Holland, to quench Hanoi’s thirst for milk, yoghurt and ice cream. Just less than 120km out of Son La, the sprawling market town of MOC CHAU provides a convenient place for a break. For the next 4km heading towards Hanoi, the road is dotted with stalls selling local milk products such as three kinds of flavoured milk, thick home-made yoghurt and blocks of condensed milk (which they advertise as chocolate when cocoa is added), as well as green tea. The rigid lines of tea bushes that border the road round Moc Chau create curious patterns, and though there are few side roads, this is a region in which some might want to linger. Most, however, head on down Highway 6, through valleys where the Hmong live in distinctive houses built on the ground under long, low roofs, and surrounded by fruit orchards, to MAI CHAU, which lies up a side valley south of Highway 6. 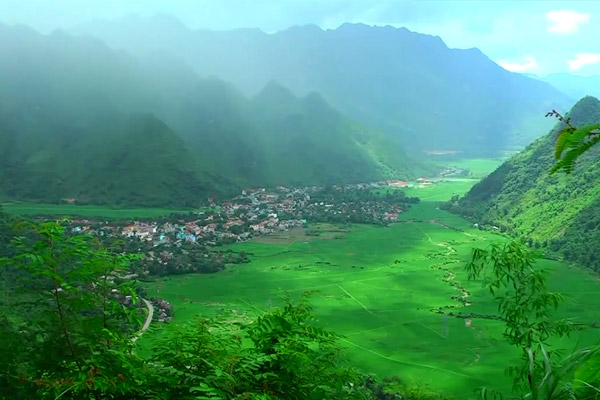 The minority villages of the Mai Chau Valley, inhabited mainly by White Thai, are close enough to Hanoi (135km) to make this a popular destination, particularly at weekends when it’s often swamped with large groups of students. The valley itself, however, is still largely unspoilt, a peaceful scene of pancake-flat rice fields trimmed with jagged mountains. 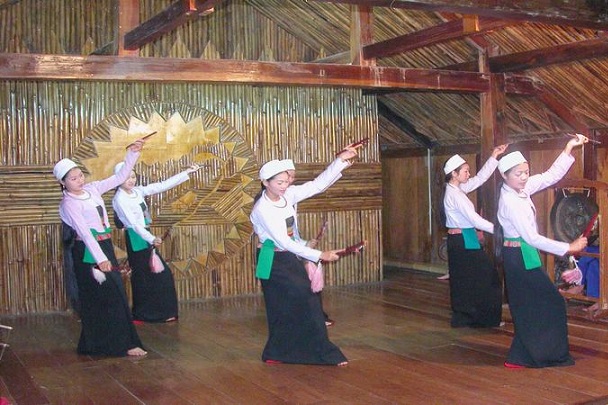 ​MAI CHAU is the valley’s main settlement – a friendly, quiet place that has a bustling morning market frequented by minority people who trek in to haggle over buffalo meat, star fruit, sacks of tea or groundnuts.