Have you ever noticed the backside of Vietnamese banknotes with printed images of various places of great cultural significance?
Join Amity Smile Travel to explore these landmarks. 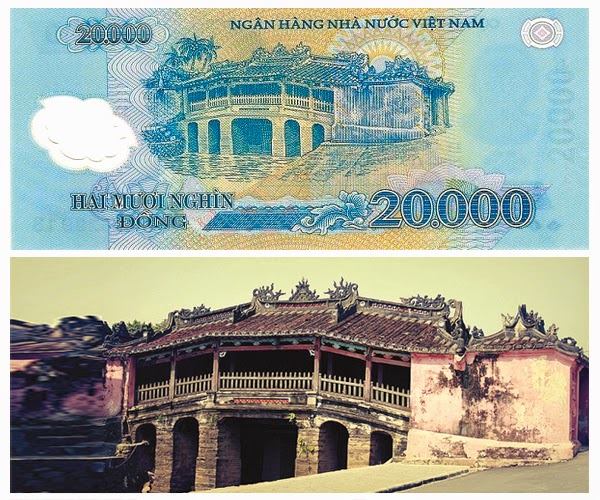 Hoi An - The World Cultural Heritage site with iconic image of Japanese covered bridge is famous in Vietnam as well as in the world. It is not clear when this ancient bridge has been built.

However, in Vietnamese historic literature this bridge was first mentioned in 1617 under the name “Nhat Ban Kieu” or “Japanese bridge” so it was built even earlier than that. According to legend, there is a giant monster living in the ocean, which Japanese called Mamazu, its head is in Japan, the tail in India and the back is squeezed through Hoai river which that Japanese bridge crosses. Each time the monster moves there is an earthquake in Japan and Hoi An is not quiet either.

To control the Mamazu, Japanese people have worshipped Gods of the Monkey and the Dog and put their statues on both ends of the bridge to pacify the monster. The local Minh Huong people next to the bridge where people worshipped Bắc Đế Chân Võ deity also with the purpose to control earthquakes also founded the small temple.

Therefore, Bridge Pagoda acts as heavenly sword pierced through Mamazu Monster back, making him lie still and not cause any earthquakes.

In 1653, pagoda was built with its section extended through the bridge, and then it was called Chùa Cầu or Bridge Pagoda. 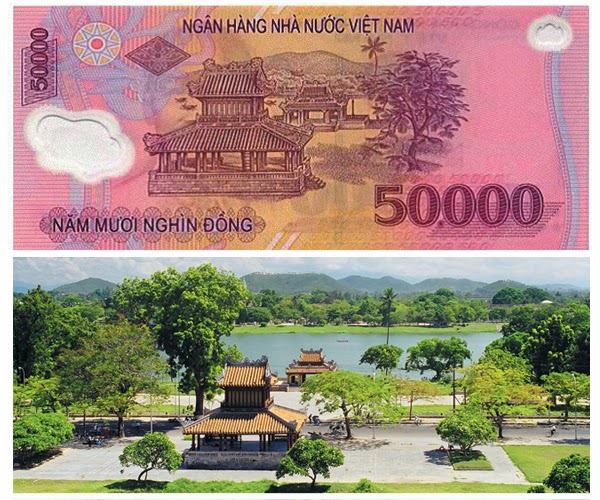 Located on the banks of Perfume River dreaming of Hue, Lương Dinh Pavilion was a place where emperors enjoyed the breeze and contemplated the harmony of nature.

Nghenh Luong Dinh structure has rectangular shape with common space and four exits each one covered with reclining roofing. Rolfings at exit and entry areas are extended. Roof’s wooden frames were covered with elaborate carvings. There are thirteen steps leading from the side facing the river to the corridor built right next to the Perfume river surface.The landscape around the Pavilion is full of space and very poetical.

Not far away, Phu Van Lau was built in 1819 under the reign of Emperor Gia Long. It was used as a place for listing the important edicts of the king and the court or the results of the examinations held by the court.

Phu Van Lau is a two-story structure, facing south. Under the reign of Emperor Minh Mang, two stone steles carving four words "khuynh cái hạ mã”, meaning that anyone who passes this house must take off his hat and get off the horse. Emperor Thieu Tri considered Phu Van Lau and the Perfume River as one of the 20 scenic places in Hue. 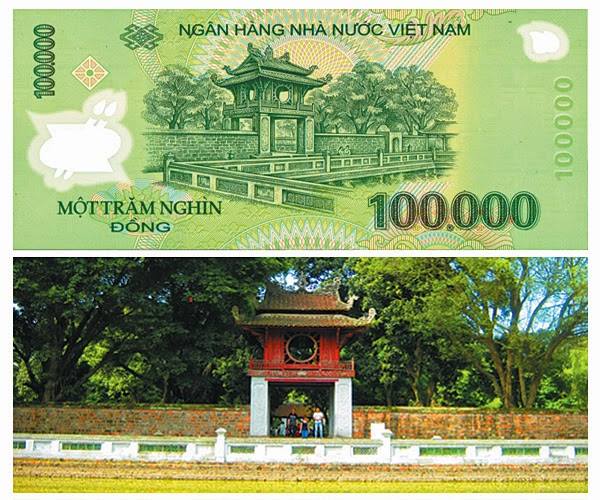 Khue Van Cac is built on four whitewashed stone stilts. At the top is a red-colored pavilion with two circular windows and an elaborate roof. Inside, a bronze bell hangs from the ceiling to be rung on auspicious occasions.

Hanoi Temple of Literature and Royal University complex is one of the 23 national monuments of special significance. It is an architectural ensemble with main subject being the Temple of literature with the shrine of Confucius and Quoc Tu Giam – the first University of Vietnam. 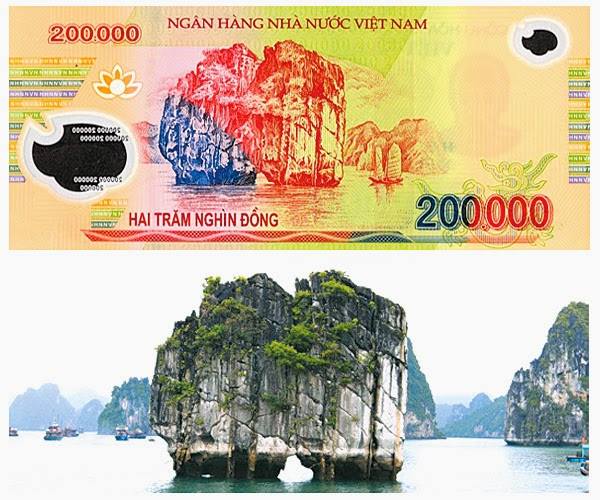 Ha Long Bay has beautiful scenery so it is a very attractive tourist destination for domestic and international tourists. This bay is a unique location as it contains significant traces of our planet formation and development history, and it is a cradle of the ancient Vietnamese people.

It is the artwork of nature where the presence of thousands of rocky islands and numerous exotic caves form lively and mysterious landscape.

Ha Long Bay is also home to high biodiversity with several ecosystems of thousands of plants and animal species. It is also associated with Vietnamese people cultural heritage and heroic history. Anyone would recognize the picture of the simple childhood home of President Ho Chi Minh. This is the house in Sen village, Kim Lien commue, Nam Dan district, province of Nghe An – a place in Central Vietnam full of sun and wind. It is only 15 kms from Vinh City along the Highway 46. This historical heritage site consists of four main clusters: Ho Chi Minh’s mother ancestral area (Hoang Tru or Chua village), Ho Chi Minh’s father ancestral area (Sen village), Chung mountain (Kim Lien commue) and Tomb of Hoang Thi Loan (mother of the President) in Nam Giang commue.