South of Muong Lay the road splits: Highway 6 takes off southeast to Tuan Giao and is the shortest route to Son La; Highway 12 ploughs on south for more than 100km (about 3–4hr), making slow progress at first but then zipping through the second 50km, to the heart-shaped valley of DIEN BIEN PHU, scene of General Giap’s triumph in a battle that signalled the end of French Indochina. Though the town’s trickle of tourists tend to be French history buffs, it’s starting to become more popular as a base for trips to local minority villages: the valley’s population is predominantly Thai (53 percent), while the Viet are concentrated in the urban area. With the recent opening of the border to foreigners, it’s also being used as an alternative gateway to Laos.

On the right-hand side as you head south out of town, the museum is set back slightly from the road. The displays of weaponry include American-made guns of World War II vintage captured from French troops. Alongside them languish Viet Minh guns, also American-made but newer: these were booty from the Korean War which came via China into Vietnam, to be dragged up the battlefield’s encircling hills. Familiar photos of the war-torn valley become more interesting in context, as does the scale model where a video describes the unfolding catastrophe – the message is perfectly clear, even in Vietnamese. To the left of the main museum is a small room displaying outfits of the ethnic minorities that live in the region. Directly opposite the museum, some of the fallen heroes are buried under grey marble headstones marked only with a red and gold star. In 1993 an imposing imperial gateway and white-marble wall of names was added in time for the fortieth anniversary of the battle. The outside of this wall features bas-reliefs in concrete of battle scenes.

A small hill overlooking the cemetery, known as Hill A1 to the Vietnamese and as Eliane 2 to French defenders, was the scene of particularly bitter fighting before it was eventually overrun towards the end of the battle. You can inspect a reconstructed bunker on the summit and various memorials, including the grave of a Viet Minh hero who gave his life while disabling the French tank standing next to him, and you also get a panorama over the now peaceful, agricultural valley. 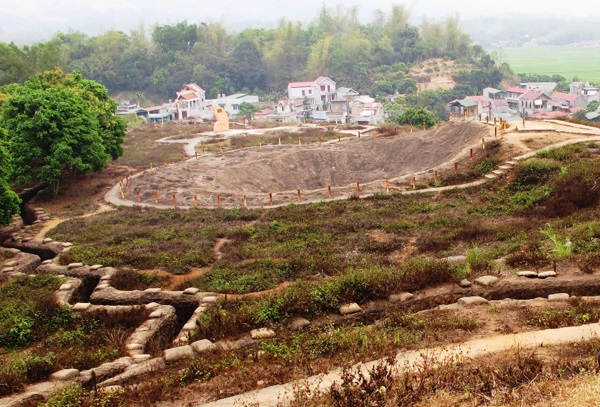 There’s little to see at the last battle site, a reconstruction of de Castries’ bunker, located on a dusty country road across the river a couple of kilometres from central Dien Bien Phu; Captured tanks, anti-aircraft guns and other weaponry rust away in the surrounding fields. Carry on past the bunker and you’ll come to a concrete enclosure with a memorial to “Those who died here for France”. 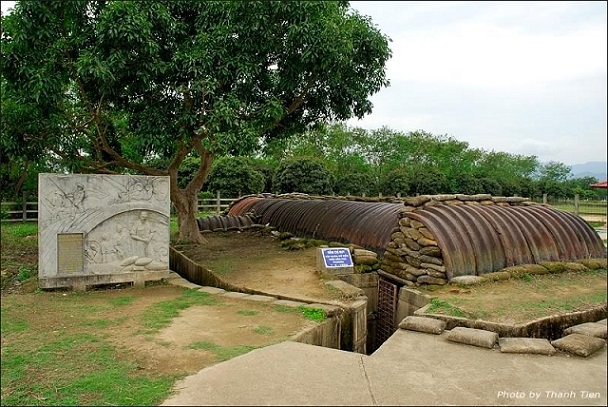