Da Lat and Around

Vietnam’s premier hill station, DA LAT, sits tucked into the mountain folds of the Lang Biang Plateau at an altitude of around 1500m. A beguiling amalgam of winding streets, picturesque churches, bounteous vegetable gardens and crashing waterfalls, this quaint colonial curio is a great place to chill out, literally and metaphorically; if its cool air gets you in the mood for action, you could try trekking to minority villages, mountain-biking and rock-climbing. 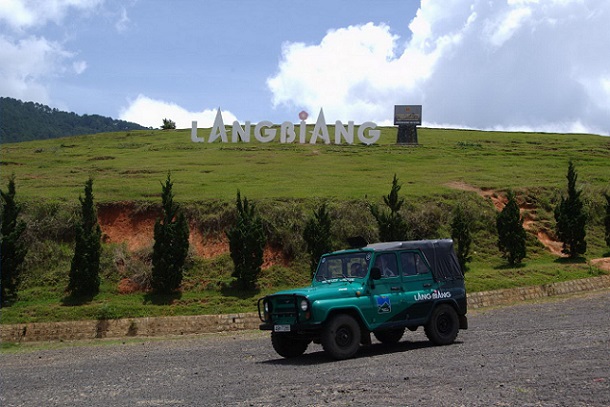 By tacit agreement during the American War, both Hanoi and Saigon refrained from bombing the city and it remains much as it was half a century ago. However, it’s important to come to Da Lat with no illusions. With a population of around 200,000, the city is anything but an idyllic backwater: sighting its forlorn architecture for the first time in the 1950s, Norman Lewis found the place “a drab little resort”, and today its colonial relics and pagodas stand cheek by jowl with some of the dingiest examples of East European construction anywhere in Vietnam. Moreover, attractions here pander to the domestic tourist’s predilection for swan-shaped pedal-boats and pony-trek guides in full cowboy gear, while at night the city can be as bleak as an off-season ski resort. 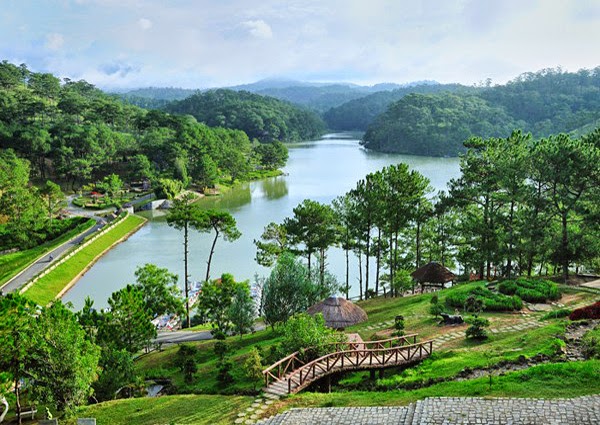 Central Da Lat forms a rough crescent around the western side of man-made Xuan Huong Lake, created in 1919 when the Cam Ly River was dammed by the French, who named it the “Grand Lac”. The city escaped bomb damage, and a French influence is still evident in its central area, whose twisting streets and steps, lined with stone buildings rising to red-tiled roofs, cover a hillock located between the streets of Bui Thi Xuan and Phan Dinh Phung.