Cao Bang lies approximately halfway along the route from Ha Giang to Lang Son, and has enough appeal to merit a stopover. The journey from Ha Giang along Highway 34, via Bao Lac, takes the better part of a day, passing through small villages and excellent scenery. Few travellers venture this far north, but those who do usually make the pilgrimage out to Pac Bo Cave, where Ho Chi Minh lived on his return to Vietnam in 1941, and to Ban Gioc Falls, Vietnam’s highest waterfall, right on the border with China. The province is home to several ethnic minorities, notably the Dao, Nung and Tay who still maintain their traditional way of life in the more remote uplands. 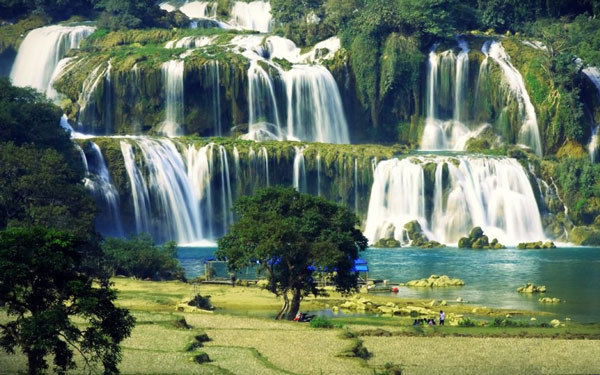 The town itself is a likeable place: its centre may be dusty and noisy, but its riverside setting, with dense clumps of bamboo backed by sugar-loaf mountains helps to blur the edges. The town is built on the southwestern bank of the Bang Giang River, on a spur of land formed by the confluence with the Hien River. Highway 3 drops steeply down from the hills and enters town from the west, crossing a bridge onto a tree-lined avenue of self-important edifices, including the People’s Committee, theatre, bank and post office, before turning right along the river. The narrow, shady park on top of the low hill in the centre of town is worth a wander, and the statue of Uncle Ho is a reminder of the fact that this region was vital to the thrust for independence that he led. 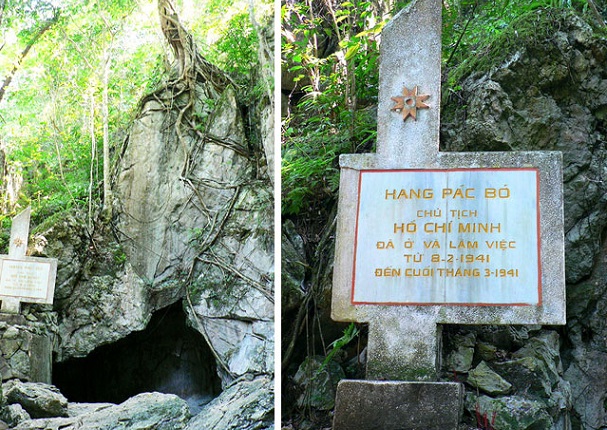