Though still a little rough around the edges, Vietnam’s transport network is continuing to improve. Most travel takes place on the roads, which are largely of decent quality surface-wise. The vehicles themselves are also pretty good, with air-conditioned coaches ferrying tourists (and an increasing number of locals) up and down Highway 1, a desperately narrow and shockingly busy thoroughfare that runs from Hanoi to Ho Chi Minh City, passing through Hue, Da Nang and Nha Trang en route. Off the main routes the vehicles are less salubrious. Trains run alongside Highway 1, and their sleeper berths are far more comfortable than buses for longer journeys. Lastly, the domestic flight network continues to evolve, and the cheap, comfortable services may save you days’ worth of travel by road or rail. That said, there’s plenty of room for improvement, particularly as regards road transport. TRAIN
One of the best ways to travel in Vietnam is by train. Vietnam's rail network extends to most destinations of interest to a first-time visitor in Vietnam and it's safe, comfortable, not too expensive, and allows you to see the countryside at a leisurely pace. What more could you ask for? Read on to find out just how Vietnam's train system works -- where the trains go, what they cost and how long they take -- along with a swack of other useful.
Vietnam's train system serves a large swathe of the country -- only the Central Highlands and the Mekong Delta are left out. The first length of 71km of track was laid in 1881 and ran from Saigon to My Tho -- a service which no longer runs. The route, more or less as it stands today, was completed in 1936 and stretches for 2,600km in its entirety.... 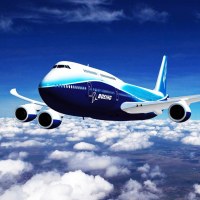 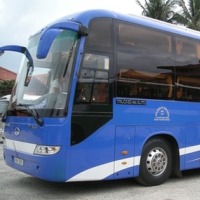 BUSES
In Vietnam, bus is the cheapest and most convenient means of transportation for foreign travellers, since the bus system has been well-developed and covered almost every part of the country. If you are stuck on the very first steps such as how to find a bus or which route to go, stay calm and read the following guide..... 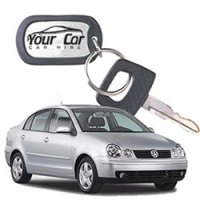 CARS FOR RENT
Amity Smile Travel offer you reliable travel and high quality car rental services in Vietnam, Laos and Cambodia. All of our vehicles are brand new, year 2008-2011, which will best suite your requirements. The price is usually inclusive of additional driver fees, fuel and toll fees. We provide English speaking drivers and all of them are willing to work on weekend.We can supply car rental services daily, monthly or long term with special offers..... 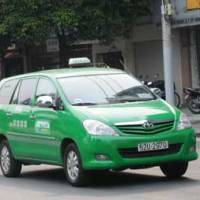 TAXIS
Taxi has become a convenient and popular transportation method in Vietnam in recent years. However, taxis are predominantly operating in big cities and urban areas where residents have higher living standards..... 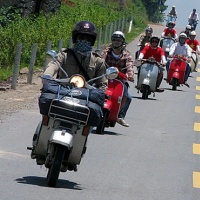 MOTORBIKE
Grab a minsk and hit the road. These bikes can be purchased for as little as a few hundred US dollars and you'll often not have too many troubles selling the bike off to another traveller when the time comes to leave Vietnam. The bikes are only semi-reliable, but just about any local with a screwdriver should be able to fix it up should you have minor ailments. If you don't want to listen to us, listen to your Mum -- invest in a helmet -- easily purchased in both Hanoi and Saigon. For more information, read our feature story on exploring Vietnam by motorcycle.... FERRIES & BOATS
A boat-tour around Ha Long Bay is one of Vietnam’s most enjoyable trips, while scheduled ferries sail year-round–weather permitting – to the major islands off Vietnam’s coastline, including Phu Quoc, Cat Ba and Con Dao. In addition, ferry and hydrofoil services run from Hai Phong to Cat Ba, and hydrofoils from Ho Chi Minh City to Vung Tau, and from Ha Long City to Mong Cai and Bai Tu Long. Though they are gradually being replaced by bridges, a few river ferries still haul themselves from bank to bank of the various strands of the Mekong from morning until night.... 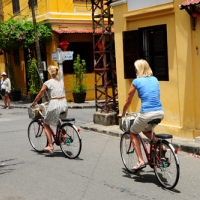 BICYCLES
Long, with a scenic flat coastline, Vietnam can be a great destination for cyclists. The only really gruelling part is the northern mountains -- even the Central Highlands are not really all that hilly. Most nearly every town in Vietnam will have some lodgings, so you shouldn't struggle for a room. Things to pack: a good supply of inner tubes and patch kits -- and of course, your bike -- but you probably knew that already. Vietnamese bikes are not of a very high standard, so BYO bike is a very good idea. The country has a pretty good network of secondary roads which are far preferable to cycling on the main road, where cyclists rank just above chickens in the pecking order -- you will be expected to yield to all larger vehicles... 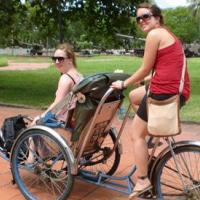 CYCLOS
Known elsewhere as rickshaws or pedicabs, the cyclo's design slightly varies according to what part of the country on is in. These are a fixture in all major and minor cities in Vietnam. Cyclos should be booked through your tour company or through the doorman or concierge of your hotel. Any trip to Vietnam without riding a cyclo is a trip deprived....