The spring festival of Bai Dinh Pagoda takes place since the first day of New Year, officially starts on the 6th day and lasts till the end of the third lunar month. The festival is the perfect start for pilgrimages towards the imperial capital Hoa Lu, Ninh Binh province. 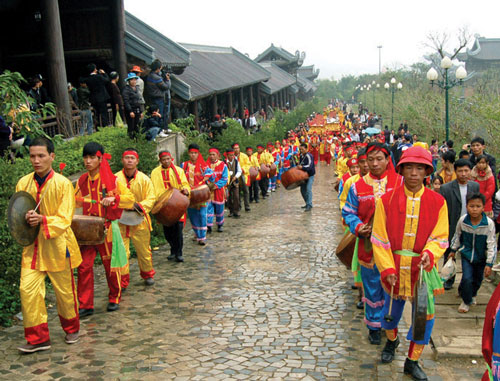