Designated as Vietnam’s eighth national park in 1992 and covering an area of about one hundred square kilometres, Ba Be is a region of astounding beauty, from the lush vegetation mirrored in the lake’s still waters to towering limestone pinnacles that reach over 1500m. The main attractions for visitors are boat trips to visit caves, waterfalls and minority villages, with the added bonus of seeing at least a few of the 220 animal, 417 plant and 49 fish species recorded here. Bears, tigers and one of Vietnam’s rarest and most endangered primates, the Tonkin snub-nosed langur (Rhinopithecus avunculus), live in a few isolated communities on the fringes of the park, but nearer the lake there’s a good chance of spotting the more common macaque monkeys, herons and garrulous, colourful flocks of parrots. Few people are around to disturb the wildlife and outside the months of July and August, when Hanoians take their holidays, you’ll usually find only a handful of tourists. What puts some people off Ba Be is difficulty of access by public transport, but if you join a tour or hire your own transport in Hanoi it becomes easier to justify, especially when combined with a visit to a minority market. Even then, though, a two-night stay is sufficient for most people. 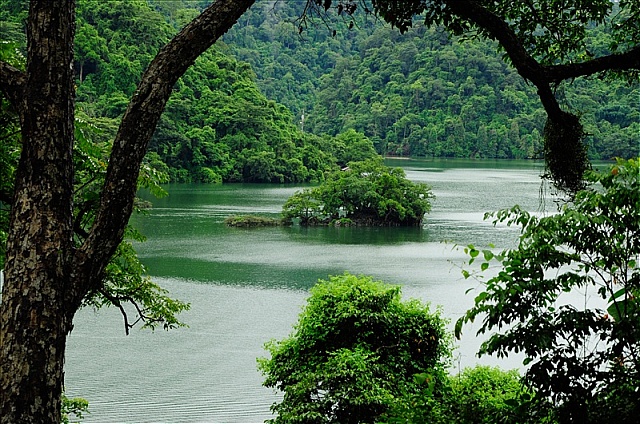 Vietnam’s largest natural lake, Ho Ba Be forms the core of the delightful Ba Be National Park, a feast of limestone and tropical forest. Enclosed by steep, densely wooded slopes breaking out here and there into white limestone cliffs, the lake is 7km long, up to 30m deep and a kilometre wide in parts. A few islands decorate the surface. 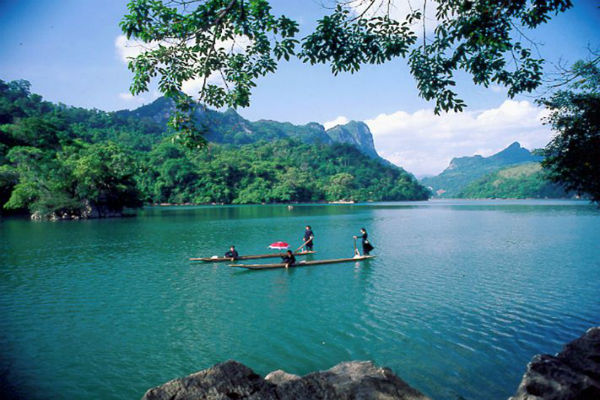